I first met Cynthia Hardy on the Yoga mat. I am not a yoga practitioner but it was being offered for free by Annie in the centerpiece bamboo yoga structure of Bambu Indah. If there was a place for me to learn yoga, this was going to be it. I didn’t hear any cackles from the small group while I struggled which put me at ease, but then Cynthia volunteered to lead us in a squat pose twisting and pushing our arms side to side. After my muscles started burning, I realized this was a strong and graceful woman.

We talked at breakfast about our interests and she immediately put together an agenda to see Lee Downey later that day. The middle of the island has the smallest of roads, and are increasingly filled with busses and cars. So to get from Ubud to north of the Tegallalang region by car was going to double the 1 hour trip. This was not going to work for Beth, she had already done some scooter time the day before – without traffic – and that was enough. So I jumped behind Cynthia on her scooter and Annie followed on hers.

We had a brief stop at Tegallalang to see the magnificent vista of cascading rice terraces. I understand that the water for the top tiers comes from an extensive upstream canal system that feeds into these terraces one by one. There are elders who will adjust the water needs of each field by corking one terrace and unplugging another. It seems like it would be quite a tricky math problem to model. 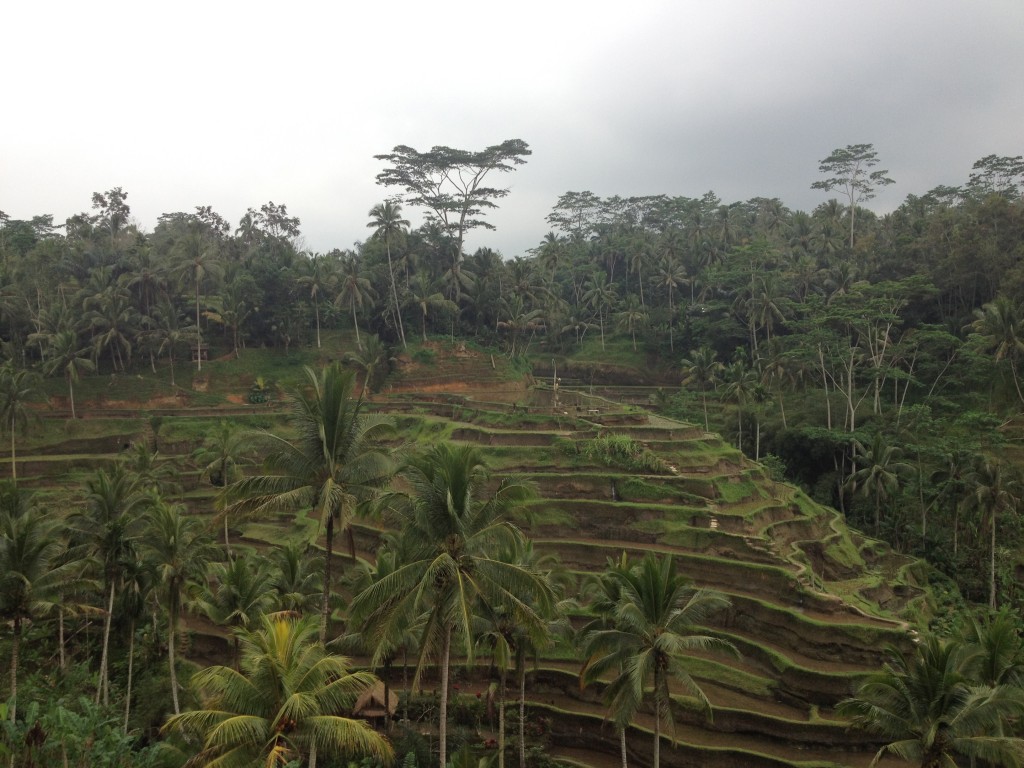 The petrol stations were unique: just an oudoor shelf system of glass bottles of fuel. Jus pick it up and pour it in. Of course it was fun to think about how much of a full liter you were getting, but you could also pick your own. 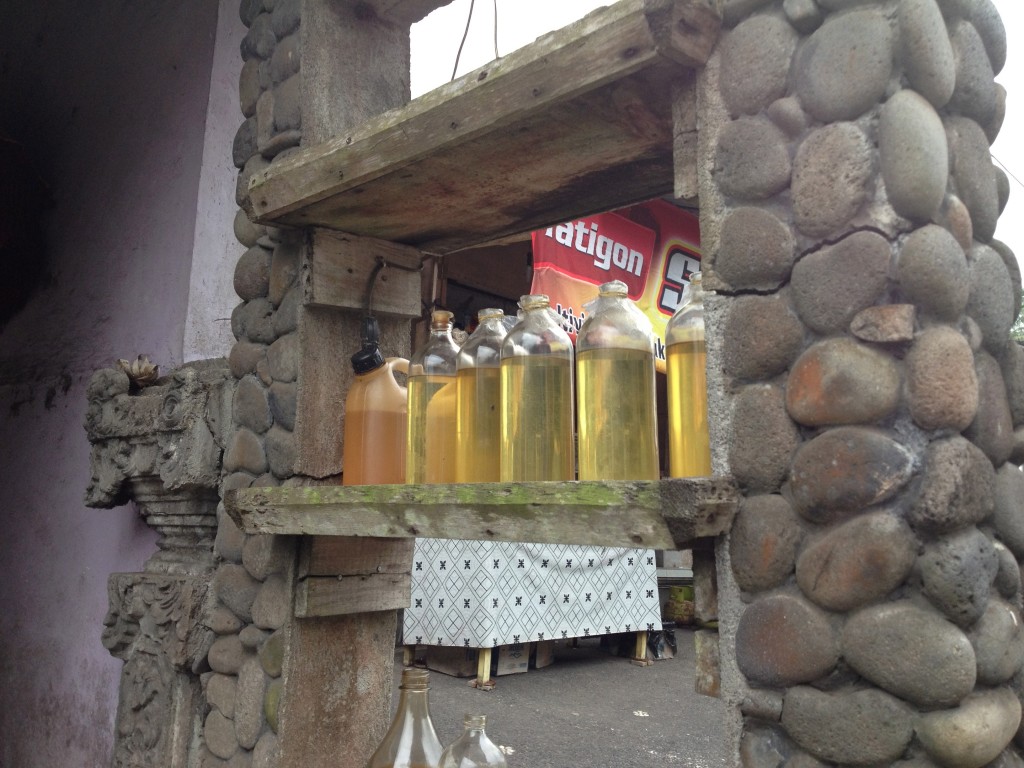 Along the way we also passed a multitude of craft shops. Its inconceivable to think about how many artists and crafters live in Bali. It certainly feels like the whole population is inordinately skilled. Cynthia suggested that this was related to their religious ritual of making offerings. From exquisitely arranged flowers to delicately peeled and folded leaves, there are always fresh offerings within sight – on a dinner table or on the ground at the entrance to a store. I loved the idea of these offerings. They were not offerings of flowers, leaves and food as much as they were offerings of labour and skill. And this offering had a reciprical effect in making the Balinese the craftspeople and artists of Indonesia.

2 thoughts on “The Ride to Tegallalang”