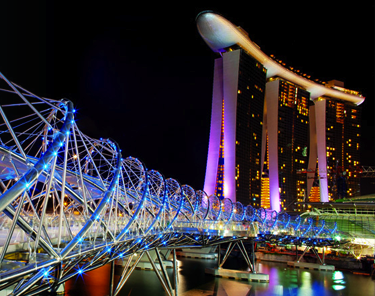 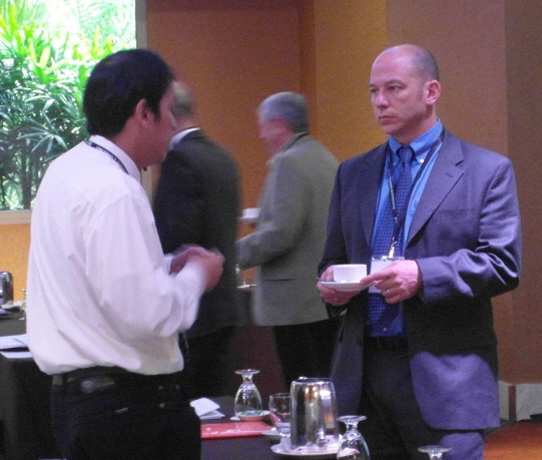 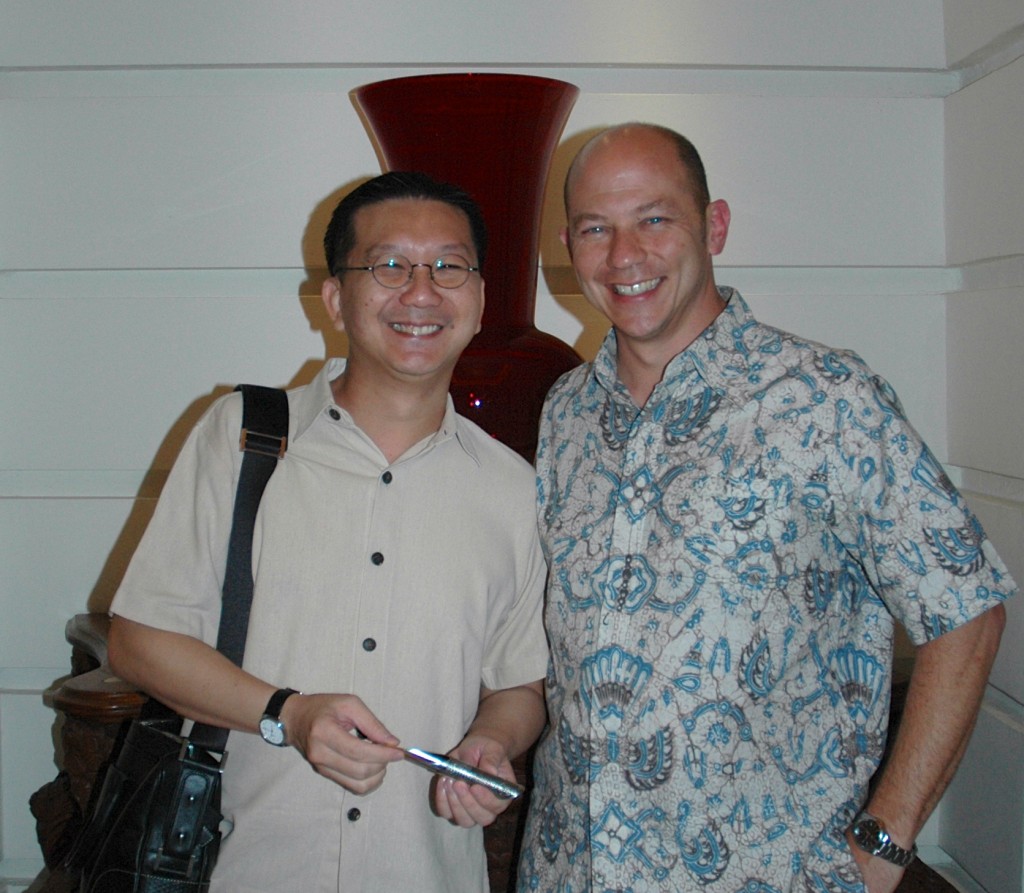 The Eisenhower Network has proven itself again and again. Earlier this year I met 2012 EIsenhower Fellow Mean Luck Kwek, an incredibly smart and gracious leader in Singapore. He is currently the Deputy Secretary of the Ministry of Trade and Industry. When he heard I was coming he promptly put me in touch with a host of interesting Singaporeans, including Jeffrey Ho Kiat, Executive Director of Design Singapore.

Jeffrey was energetic, forthcoming and gave Beth and I a great introduction to Singapore’s efforts supporting design:
1. Design Capability Development: Developing capability for a globally competitive design cluster
2. Design for Competitiveness: Enabling enterprises to leverage good design for economic growth, quality of life, and the environment
3. Design Innovation: Driving innovation and design IP creation to stay ahead of the curve
4. National Design Centre: Offering a one-stop integrated design hub for designers and businesses.

He also made me realize that the grass is always greener in design. While he mentioned Singapore being a bit behind other countries on certain design initiatives, I couldn’t help but admire the singular power of focus that his office at Design Singapore held and what they could achieve so quickly once empowered.

Jeffrey mentioned that design in Singapore represents a SGD 3.6 billion (US$2.9 bn) industry and that their goal is to grow it to 6+ bn (US$4.8 bn) in the next few years. Here is why this blew me away:
1. The government of Singapore actually tracks the economic impact of design (see detailed comment below).
2. Jeffrey says its “very easy” to get these numbers and track progress.
3. Design Singapore is a governmental institution charged with encouraging local creative talent to prosper.
4. Design Singapore is under MICA, the Ministry of Information, Communications and the Arts.
5. Fine Art is under a completely different ministry.

Here are some of the initiatives Design Singapore has underway:
1. $70k grant to help fund local design consultancies through the Design for Business Innovation Grant.
2. They help match clients to design firms, and sometimes share costs.
3. Up to 400% tax rebate for those that hire design consultants from the Productivity & Innovation Credit for Design. That’s not a typo. If you invest $1 in local design you are eligible for $4 off of your taxes.
4. Singaporean designers are promoted through an Overseas Promotion Partnership Programme.
5. They also offer scholarships relating to design.
6. Recognizing Singaporean design excellence through the President’s Design Award.

The most interesting goal to me was Jeffrey’s vision to convert their OEM factories (Original Equipment Manufacturers for other brands) into ODM factories (Original Design Manufacturer for their own brands). This is certainly not the easiest way to go. There is a lot more consistent work out there for contract factories than for dedicated brands, but Design Singapore sees this as a strategic opportunity to grow the importance of design in Singapaore. In fact this is part of an overall mission to create OSM (Original Strategic Manufacturers that can usher in the future wave of Singapore’s business.

With the door open to talking about new design and manufacturing initiatives, I shared with Jeffrey our new on-demand manufacturing effort called LYF Shoes. He immediately understood the concept, how it would affect manufacturing, and was quitre supportive. He then passed on some great people to talk with about our intentions. Then he turned to me and asked “how do you learn to think like you?” That’s a surprisingly difficult question to answer! But it made me realize that during this fellowship that in good conversations, there is a constant exchange where both parties can learn from each other.

Overall I was really impressed that Singapore has in place a design vision with real teeth and a strategic thinker at the helm. I look forward to see their success unfold.