Within 10 minutes of having arrived at Singgih Kartono’s studio in Desa Kandangan, I turned to Beth and said “This alone was worth the whole trip.” She responded, “this feels like you.”

Designers create their works for different agendas: to win awards, to innovate, to make money, etc. But Singgih designs to empower his village in Temanggung and thereby sustainably advance Indonesia. His plan is really that big, and he plans on doing it with some simple and small items, starting with the Wooden Radio. These products are sold in fine design establishments around the world.

Singgih originally conceived the idea while in design school in Bandung. After some refinement and mentorship for the acclaimed concept he decided to not only bring his design to market, but to create the factory that would make it in his hometown. So starting from very meager beginnings (he rented a desk in a neighbor’s apartment), he began the enterprise with stunning focus. 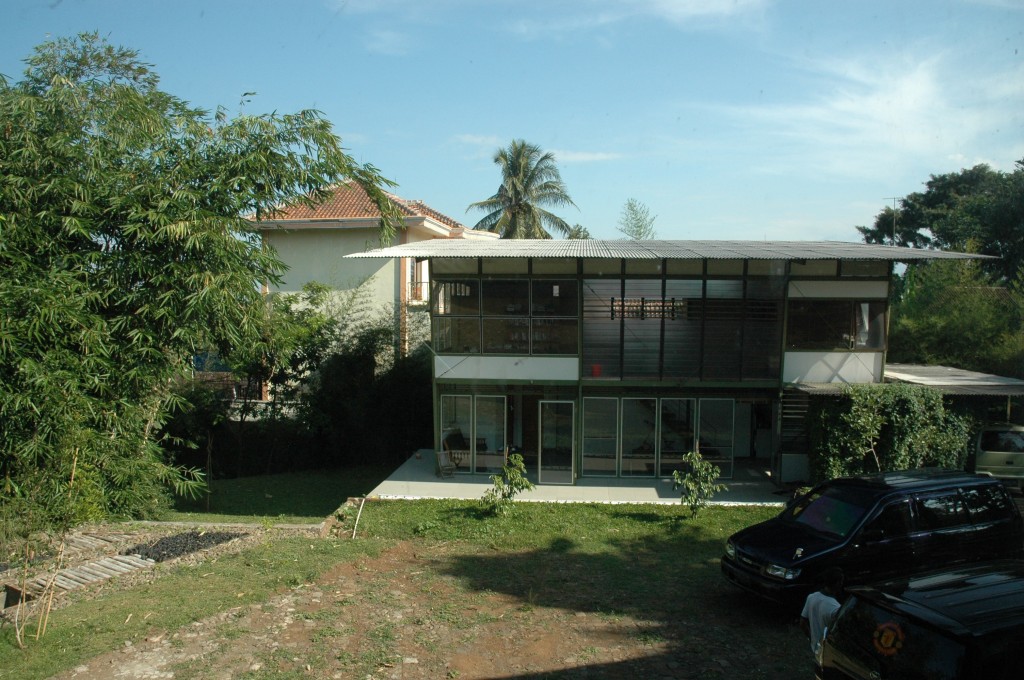 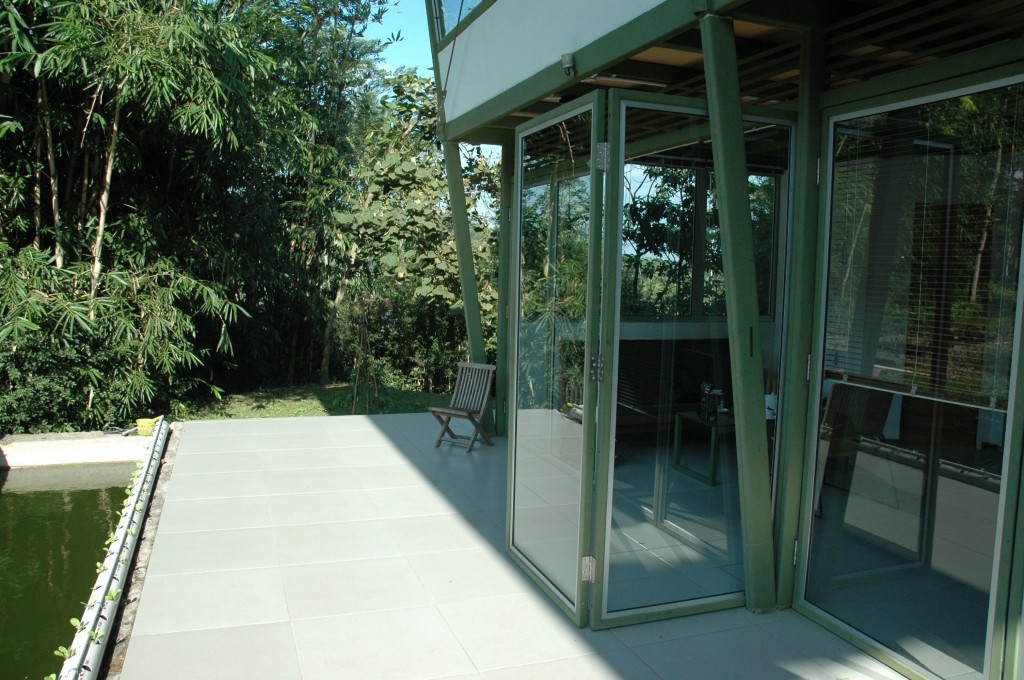 Now when you come into his compound you are greeted with two well designed modern structures – his house and his factory. His factory is a split level structure filled with open space and glass walls to the outside. “People spend a lot of time in here, and I wanted it to feel like home to them.” 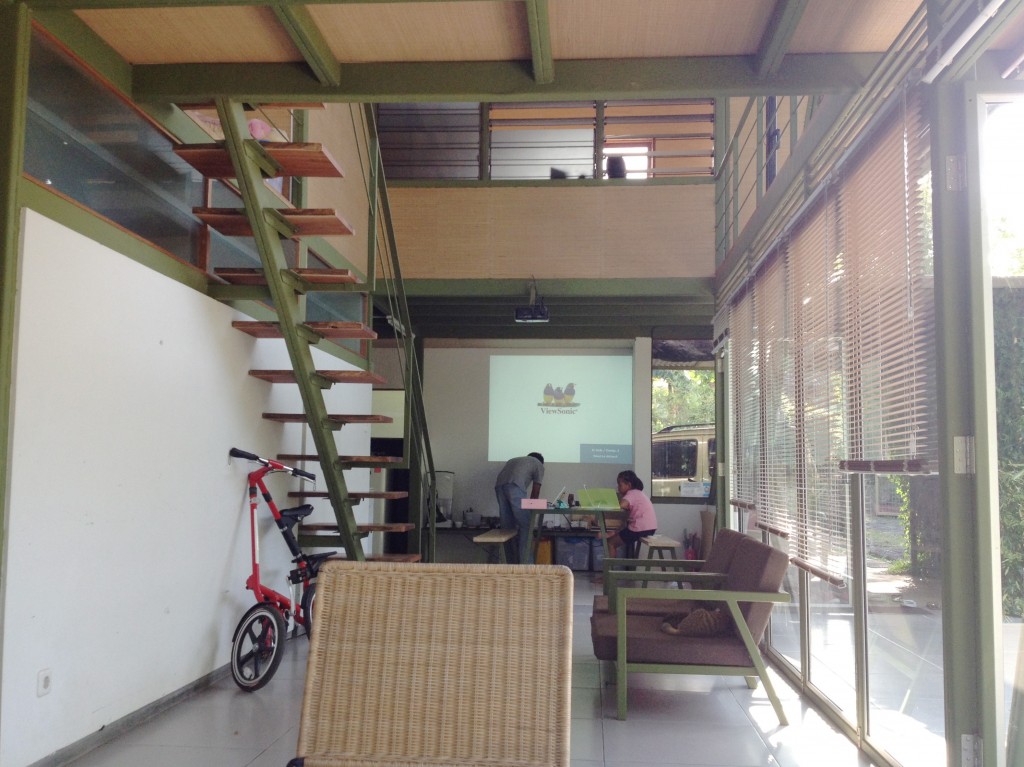 Likewise his house doubles as an office and his living room a conference room with moving glass walls that brings the outside in. When fully opened up he can have large gatherings there – whether for design workshops or celebrations. 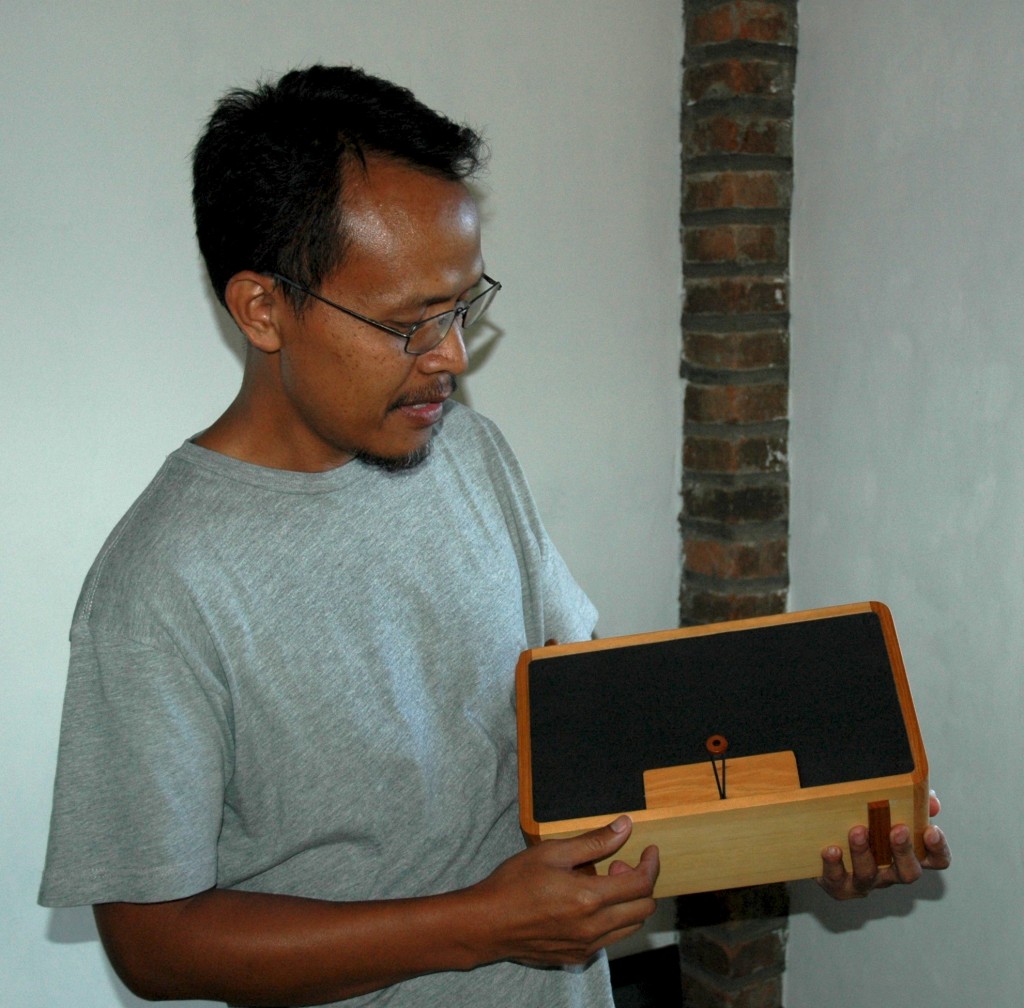 The wooden radio is of course not 100% wooden. It uses electronics from abroad to make the sound. These are simply assembled into the beautiful wooden cases. Singgih explains that he always prefers the back of his designs than the front. A tour of his delightfully lit and airy split-level factory gives the air of people doing projects rather than a factory. It felt like a factory i wanted to work in. 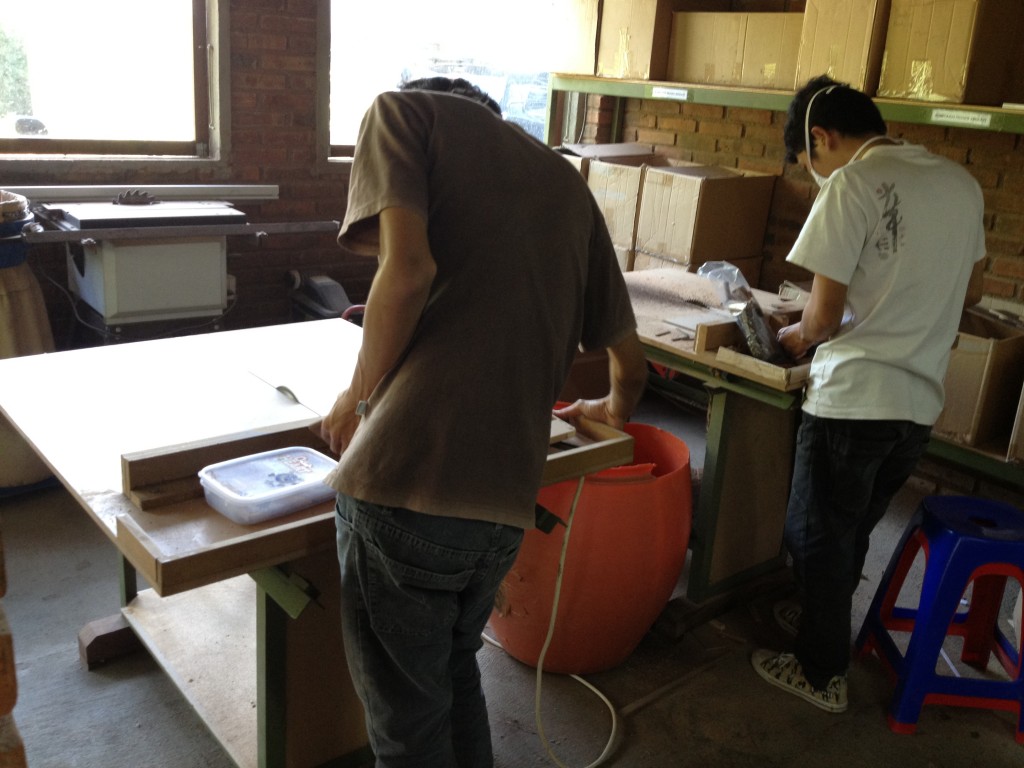 The heart of Singgih’s method is “New Craft,” a system that mentor Surya Pernawa encouraged him to develop. But this name is misleading. The goal is to transform design from a tool for commerce into a means for empowering a village. New Craft combines the benefits of skilled workmanship of traditional craft industries in rural villages with the modern perspective that results from a design and manufacturing process. Social responsibility and sustainability can then become key differentiators. 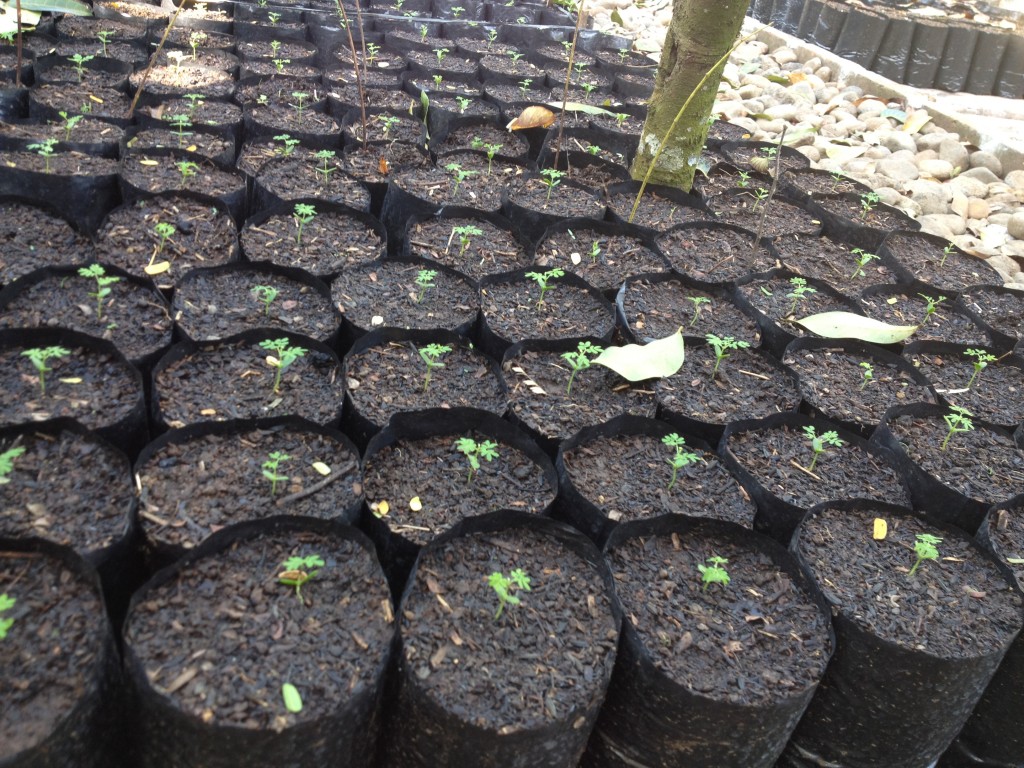 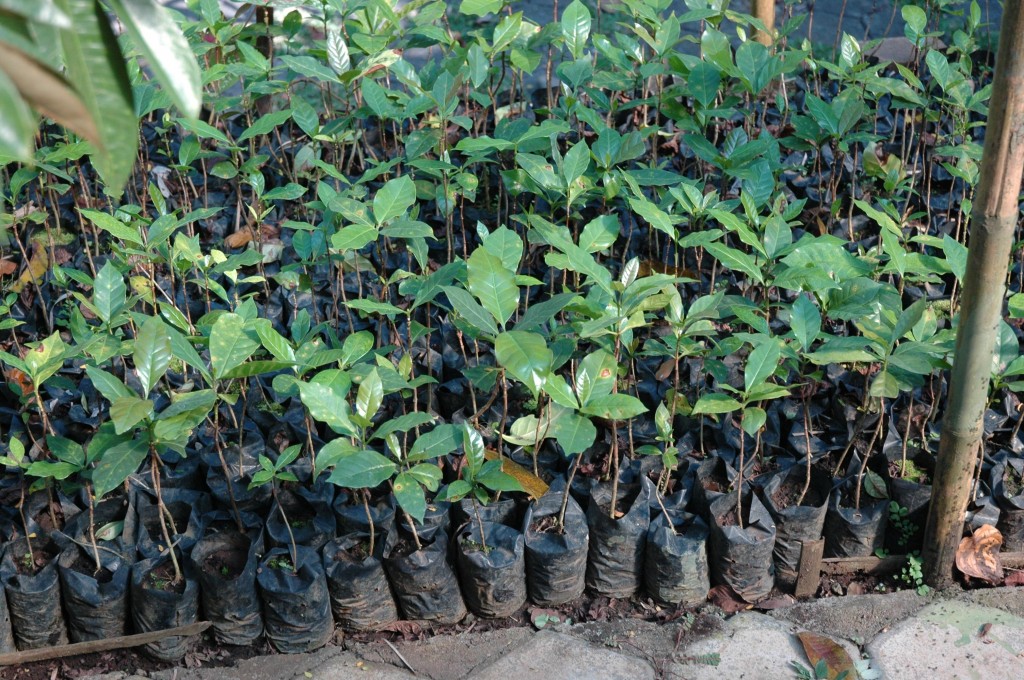 Outside of Singgih’s multipurpose room is a hydroponic system growing vegetables which circulates through a fish pond. But this is just a clue to his efforts. Behind the workshop he has a courtyard filled with composts and saplings. He explained “we pay employees but we never think to pay nature.” He went on to explain that Magno could make products because someone planted trees years ago. “So we have to pay nature back too.” His website adds “The amount of wood replanted and selected is based on our yearly wood consumption, suitable age for wood to be grown and cut, and the requirement of land per tree.” 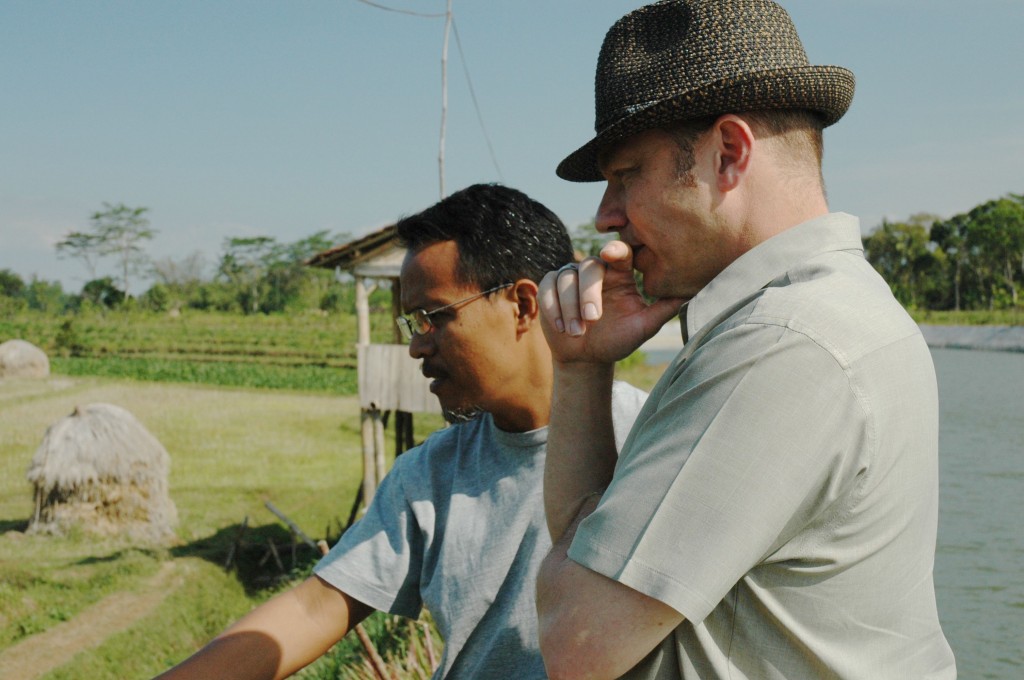 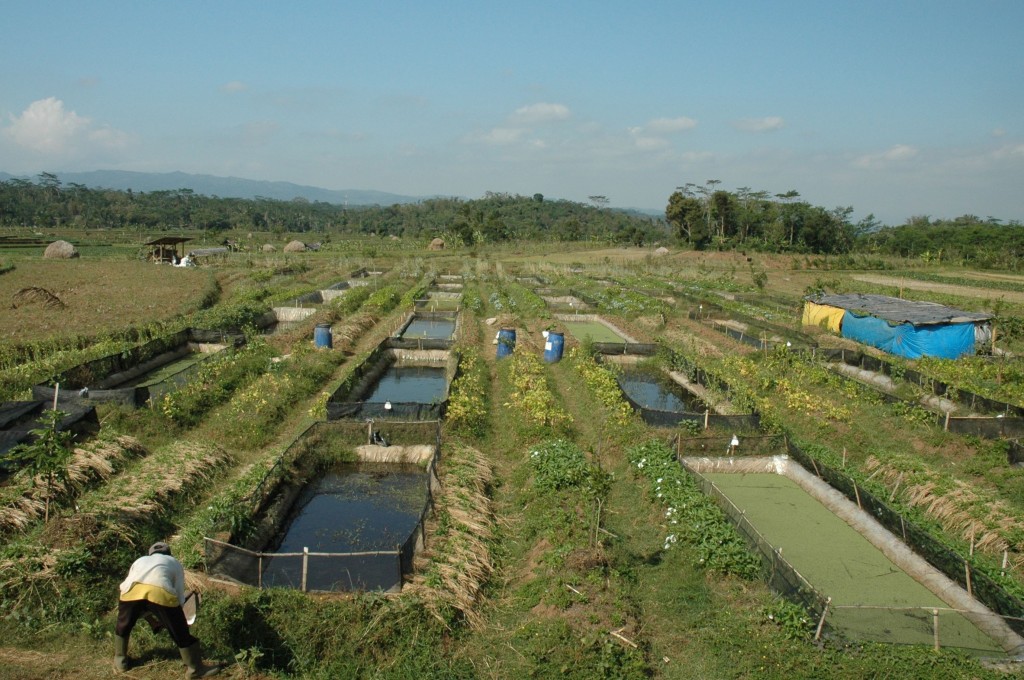 This plan for sustainable design goes much further. In addition to planting to replace the trees he uses, he also has an organic farm in the works that further synergizes fish, fruit trees and vegetables. He was not planning to do this but when the new tract of land was being opened up to housing he decided to buy it to preserve it and do something more sustainable. This farm now produces income that provides jobs and sustains expansion. Ultimately he hopes to re-inspire a new generation of agricultural workers in his village who have been fleeing farming for years. Now Singgih is turning his attention to moving his factory closer to the new farm. That would allow his existing factory to become a community center.
What results from all of this is perhaps the best living example of “think global, act local.”  He has drawn a circle around his community and used design as a path to address the needs of that community. The many layers of happiness and beauty that has resulted is unmistakable. But Singgih’s work is not done. Exciting new products are forthcoming, and he is also thinking a lot about education.
As if on cue, neighborhood children came to say hi while we took our parting photo with he and his wife. 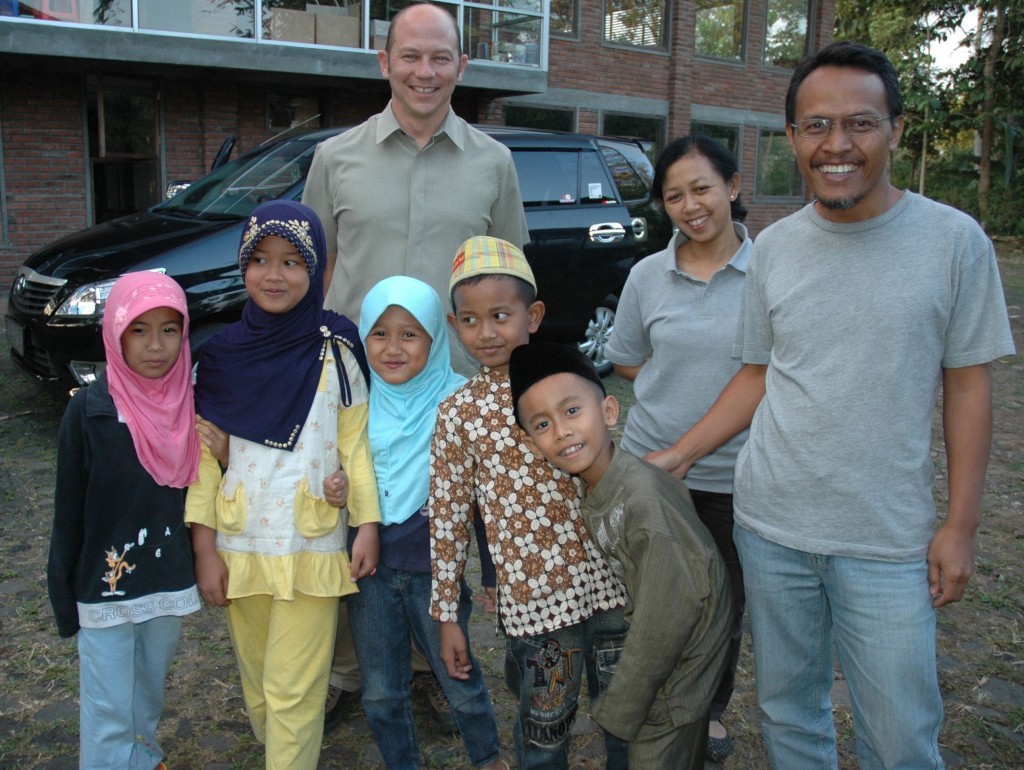 5 thoughts on “Design for Community Advancement”